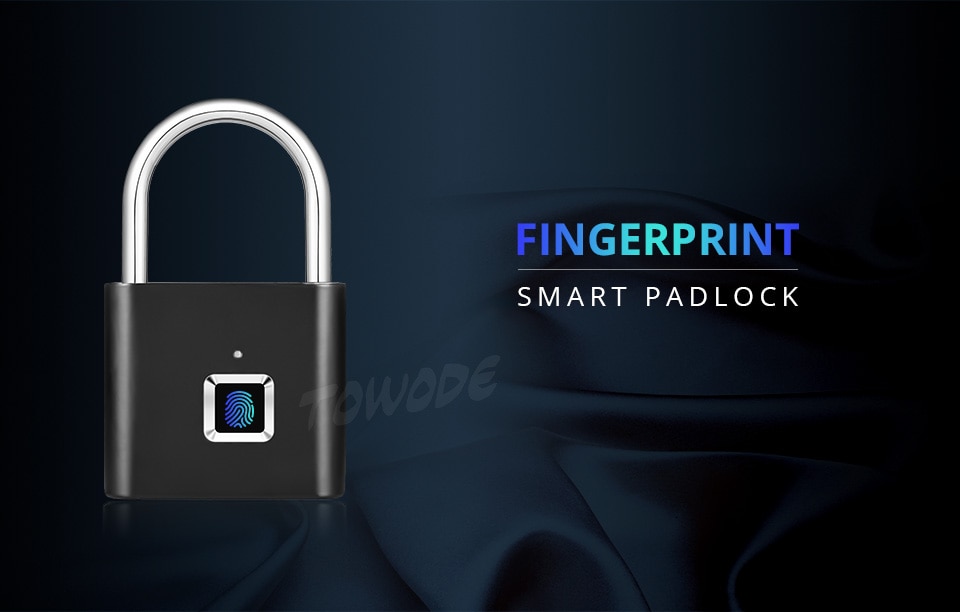 Using high-tech chips . fingerprint processing is faster . unlocking is more convenient . and your home is safer. 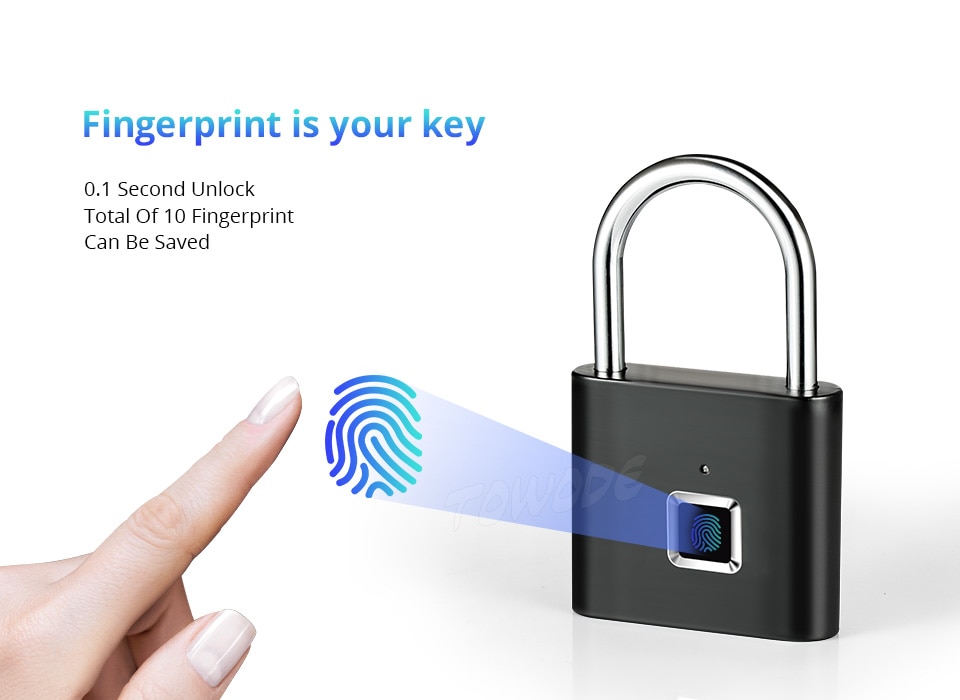 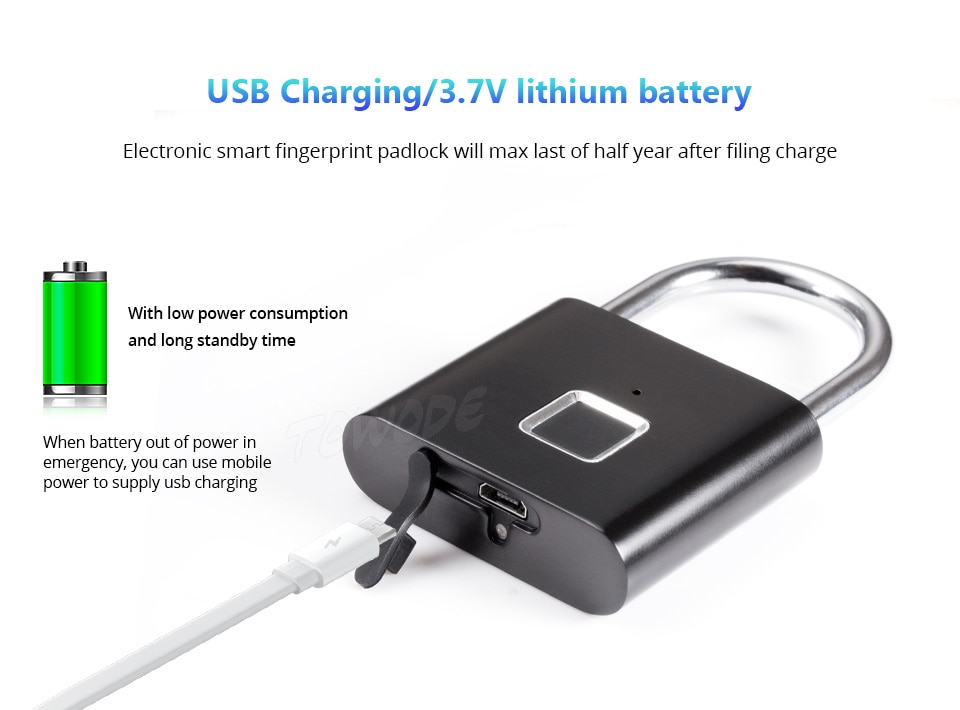 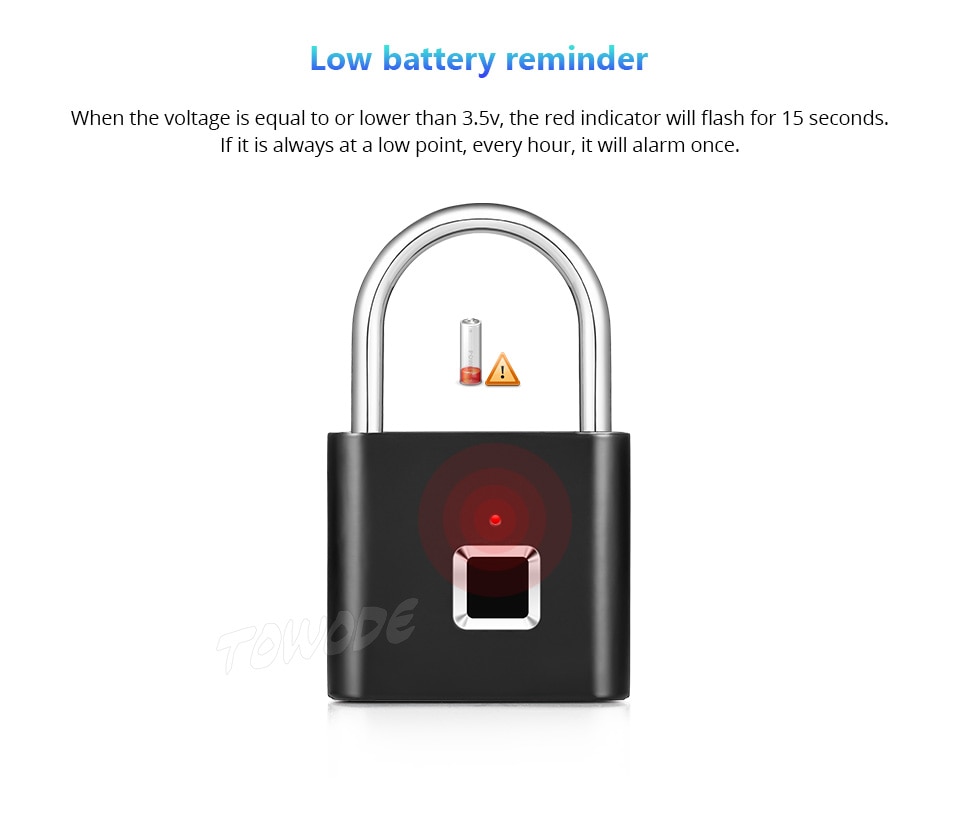 (1) Add fingerprint for the first time (Manager): : Press the SET button for about 5 seconds . first the blue light is short . then the green light flashes and then releases. Will want to set Fingers are placed at the center of the fingerprint to touch. If the data is successfully collected . a blue light will flash to indicate that a data can be recorded. If it is not recorded or failed . it will flash a red light to remind the collection to be invalid. After the successful acquisition . after 10 completions . the green light is on . indicating that the fingerprint is added. The green light is flashing during the entire process of entering the fingerprint (indicating that it is the fingerprint entry status) . but the lights of multiple colors are not illuminated at the same time. The finger that touches the pressure requires multiple angles to collect . which is beneficial to the expansion of the database . and is helpful for the sensitivity of the judgment.

(4) Lock: Immediately after pressing the lock beam for about 1 second in the unlocked state . it is locked immediately.

(6)  Low voltage: When the voltage is equal to or lower than 3.5V . the red indicator will flash for 15 seconds; if it is always in low power . every minute . report Police once.

(7)  Charging: The red and green lights flash alternately during the charging process

20% OFF
Sign up to our newsletter for 10% off additional your first order!
CLOSE THIS PAGE